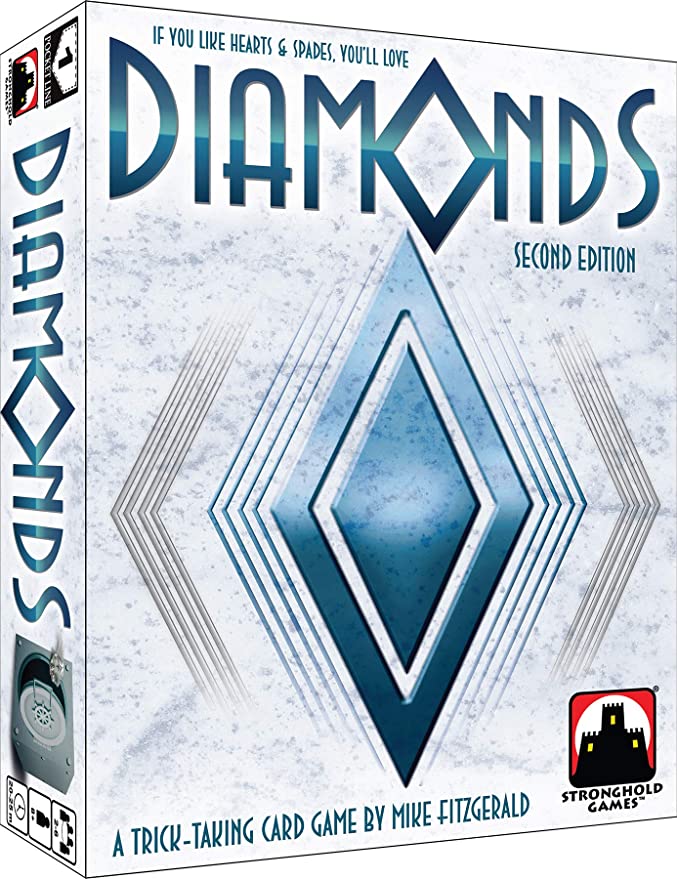 The deck in Diamonds consists of sixty cards, numbered 1-15 in the standard suits. In each round, the players start with a hand of ten cards. One player leads a card, and everyone else must play one card, following suit if possible. As you play a card, if you cannot follow suit, you immediately get a Suit Action in the suit you did play. The player who played the highest card in the suit that was led wins the trick, and also gets a Suit Action.

The player who won the trick leads a card to start the next trick. After a full Round of ten tricks, whoever has taken the most cards in each suit once again gets a Suit Action. If a player has taken no tricks, that player gets two Diamonds Suit Actions. Players then start a new round.

Whoever has the most points in Diamond Crystals at the end of the game wins! 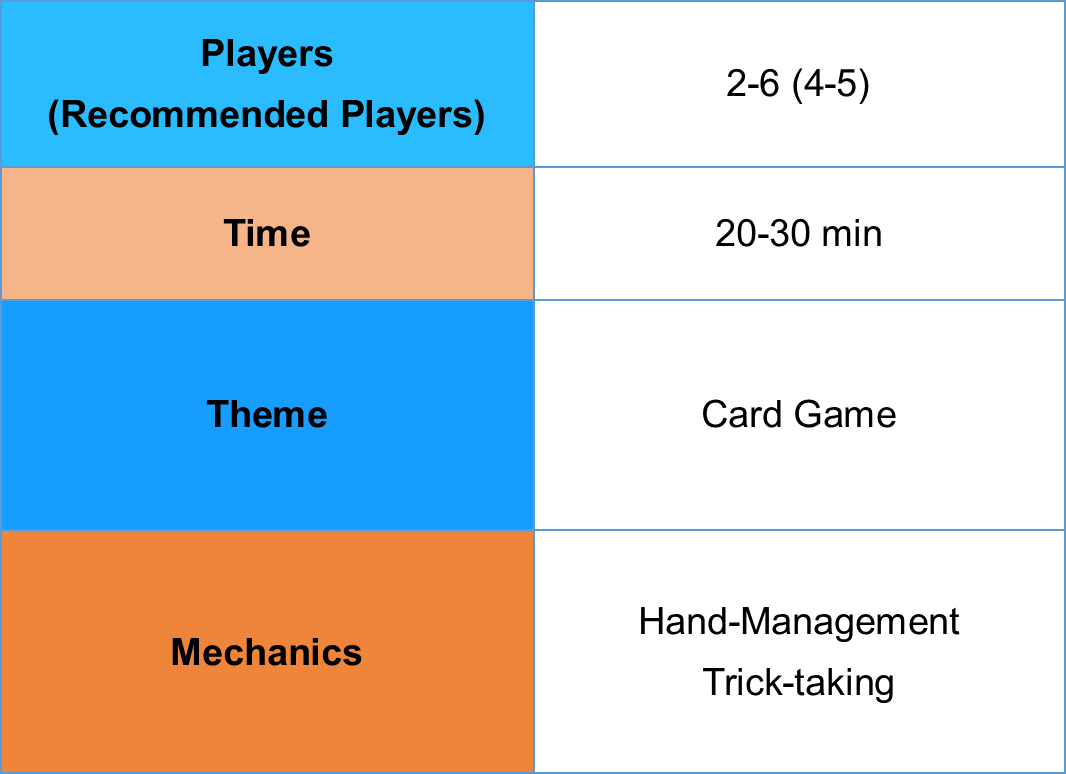