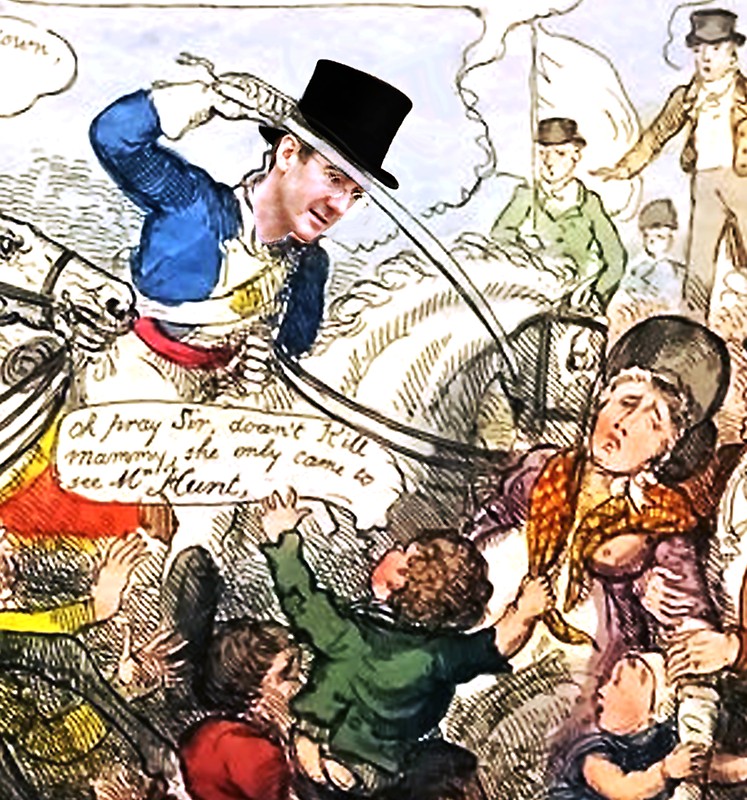 The man in the image is Jacob Rees-Mogg.

Watch this interesting video on him if you want to go down this rabbit hole and understand why his face would be used: Guardian Video