Get started researching topics in the history of American slavery.

Click the icon in the bottom right corner of the video player to view it in full screen!

Bill Rankin's American Slavery project, on the website Radical Cartography, seeks to improve upon typical maps of slave-holding by increasing detail about the density of the slave population, while decreasing emphasis on the arbitrary jurisdictional boundaries of county-based data. 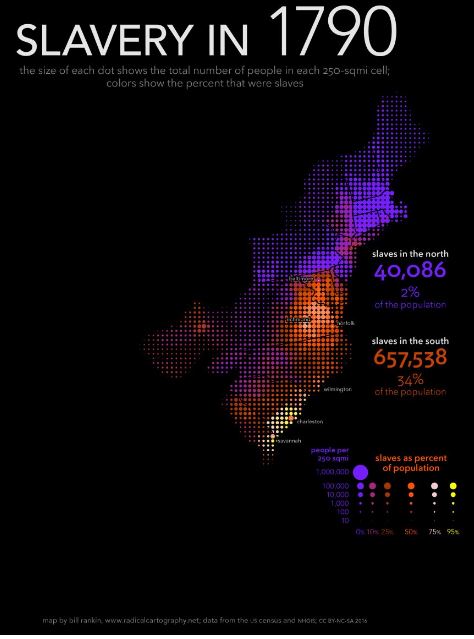