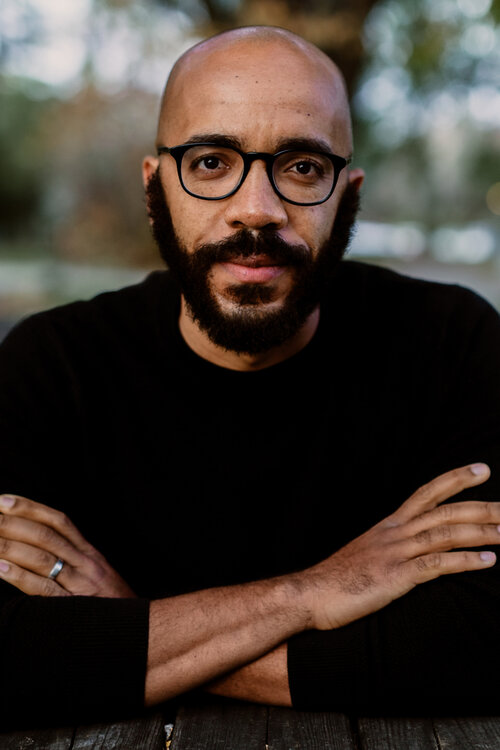 Clint Smith is a staff writer at The Atlantic. He has previously received fellowships from New America, the Art For Justice Fund, Cave Canem, and the National Science Foundation.

Previously, Clint taught high school English in Prince George’s County, Maryland where, in 2013, he was named the Christine D. Sarbanes Teacher of the Year by the Maryland Humanities Council. He currently teaches writing and literature in the D.C. Central Detention Facility.

Clint’s debut nonfiction book, How the Word Is Passed, explores how different sites across the country reckon with, or fail to reckon with, their relationship to the history of slavery. It will be published by Little, Brown in June 2021.

Clint received his B.A. in English from Davidson College and his Ph.D. in Education from Harvard University. Born and raised in New Orleans, he currently lives in Maryland with his wife and their two children.

Clint Smith in His Own Words

Clint Smith is a 2014 National Poetry Slam champion, a Cave Canem Fellow, and his writing has appeared or is forthcoming in The New Yorker, American Poetry Review, The Guardian, and Boston Review. His TED Talks, The Danger of Silence & How to Raise a Black Son in America have been collectively viewed more than 5 million times. Here he performs the titular poem from his book "Counting Descent."

The Danger of Silence

"We spend so much time listening to the things people are saying that we rarely pay attention to the things they don't," says slam poet and teacher Clint Smith. A short, powerful piece from the heart, about finding the courage to speak up against ignorance and injustice.

TEDTalks is a daily video podcast of the best talks and performances from the TED Conference, where the world's leading thinkers and doers give the talk of their lives in 18 minutes (or less). Look for talks on Technology, Entertainment and Design -- plus science, business, global issues, the arts and much more.